The Iron Lady of Paris 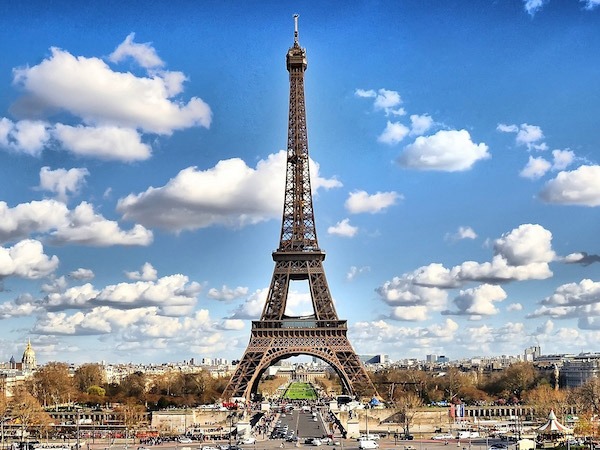 Who doesn’t know the Eiffel Tower? How to write about it? Well, we are not the biggest fans of the Eiffel Tower, but having a blog about Paris and not writing about it would be a crime, so let’s do it !

Inaugurated in 1889 for the universal exposition, it was aimed to celebrate the 100 years anniversary of the French Revolution.

Built by Gustave Eiffel (who also built the Statue of Liberty in New York!) within 2 years, it was originally very criticized by the press. Lots of people saw a “terrible design” or an “ugly piece of art”. Since the lease was for 20 years, until 1909, it was meant to be destroyed after that.

But Gustave Eiffel was a smart guy, and he settled many partnerships with new technology companies that would use his tower for their purposes : TV, Radio, Weather Forecast… The tower turned out to be pretty convenient despite its ugliness? So following 1909, it was decided that it would remain.

But during the next 40 years, there weren’t that much tourists visiting the tower, barely 200 000 visitors a years (vs 6M today).

It really started to grow in the late 50’s, to become the second most visited place today in France (after EuroDisney !) Obviously, don’t expect to be alone, and plan to book your tickets online if you want to go upstairs.

To start the visit, we recommend to exit at ‘Trocadero’ metro station, to enjoy the beautiful view of the Eiffel Tower from there ! Then you can just walk towards the Tower through the nice gardens.

As we told you, it would be nonsense to go to the feet of the Eiffel Tower without having booked in advance your tickets! There are a lot of different opportunities, according to you motivation to climb the stairs. You can stop at the first floor, the second, or the third, which is the highest and where the best panoramic view obviously is!

Tickets for only the second floor are “here”!

Tickets for the summit are available “here”!

At night, the tower is illuminated every hour o’clock, during ten minutes. It is really worth to see!

At night, the tower is illuminated every hour o’clock, during ten minutes. It is really worth to see!