When Victor Hugo, one of the greatest writers in France who gave his heart to defend his nation, came to pass away in 1885, France was not only losing one of its boldest thinkers but was losing a one of a kind artist. Fortunately, Paris knows how to pay a tribute to those who epitomize French values and culture. That is why we will shed light on his final home that turns to be a museum today 🙂 !

You all have heard even as foreigners about “Les Miserables“,”Notre Dame de Paris“, “Les contemplations“; it must (or should) ring a bell. However not many of you know his home at Place des Vosges (see its article), yet a very visited place by schools during their outings. You will have a guide explaining you the History of each room.

That museum is a time capsule; it seems like his owner has just left. Indeed, everything is remaining intact. You start the visit with a beautiful entrance. And then get to notice his taste for furniture dating back to the Second Empire (Napoleon III). Once you pass by it you will find the famous Salon Rouge (red living room) where some other famous writers ( such as Dumas or Lamartine) came here as friends to discuss with him. On the wall, huge family portraits are made most of the time by his friends. 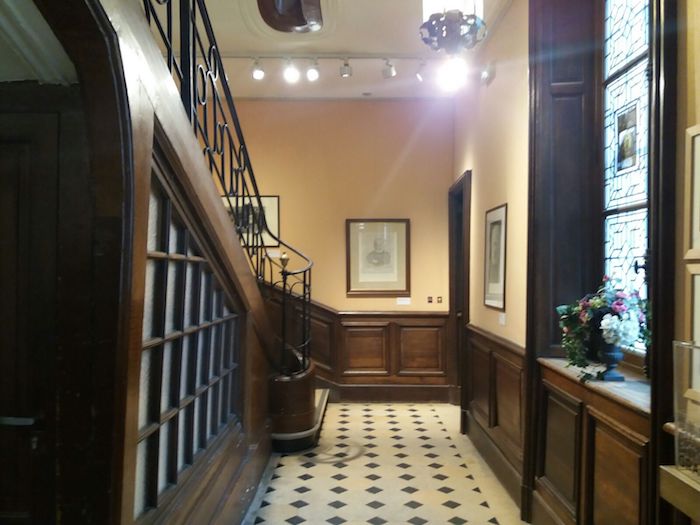 And because he was also a drawer, we can see portraits hanging on the wall when you get to enter the “Chinese room”. You can see how versatile his imagination was!

Besides, the study rooms is filled with some of the objects that he bought or was given by friends. But the most compelling thing is his desk that was tall enough to make him write his works standing. A tireless man!

At the end of the way, you will find his room, decorated tastefully, a four poster bed and tapestry on the wall. A room that had been decking out with flowers back then when he died in, and as he said himself “dead people are invisible but not absents“.

Overall, this is a rather quick visit (around 1 hour), but a real piece of art for anyone looking to know more about the great Victor Hugo! 🙂 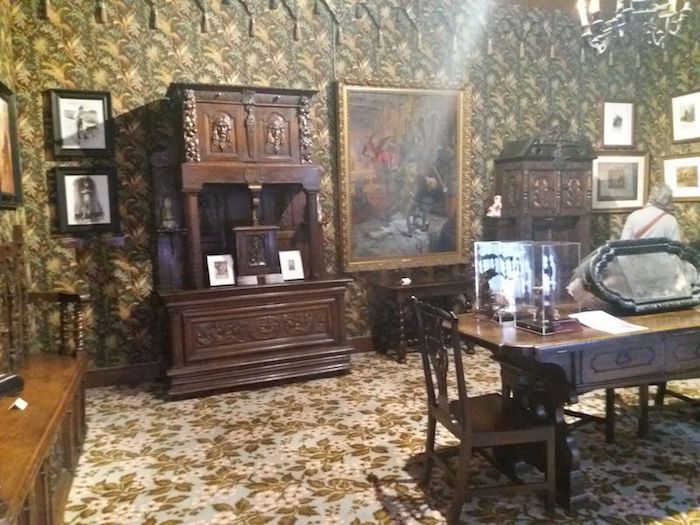 Victor Hugo’s House is located in the heart of the Marais, you may book your guided tour of this great area by clicking “here”!